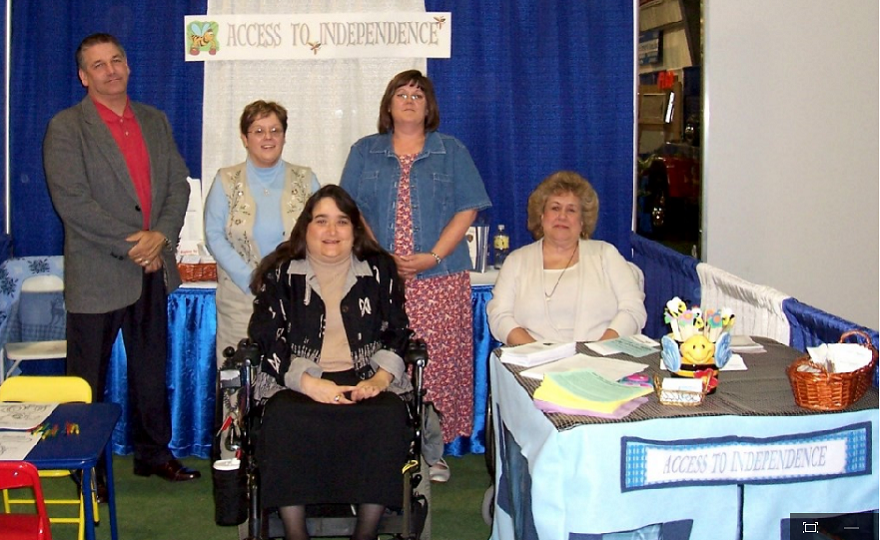 In 1986, several human services agencies, local government representatives, and concerned citizens realized there was a lack of physical accessibility in Cortland County. They formed the Cortland County Accessibility Committee (CCAC). CCAC was a grassroots committee working under the auspices of the Community Action Program of Cortland County (CAPCO). Throughout the years, many efforts were made by CCAC on behalf of the civil rights and public awareness of people with disabilities.

First, CCAC worked with the Common Council on the Downtown Sidewalk project, to ensure that all the sidewalks in downtown Cortland were accessible. CCAC’s next major accomplishment was the establishment of the Sheriff’s Accessible Parking Enforcement Program (SHAPE), with volunteers trained by the Sheriff’s Department to ticket individuals parked illegally in handicapped parking spots in City lots. These initiatives were supported solely through CCAC’s grassroots funding activities.

By 1997, heightened community awareness led to recognition of the need for a centralized disability advocacy and resource center. The result was the creation of the Cortland County Access Center, a satellite of the Ithaca-based Finger Lakes Independence Center (FLIC). The county legislature provided office space for the Center, while Assemblyman Martin Luster and Senator James Seward secured Member Item funding from the NY State Legislature to pay for office furniture and supplies.

In 1998, CCAC became incorporated as a not-for-profit organization called Access to Independence of Cortland County, Inc. (ATI). Under the guidance of a volunteer Director, additional funding was secured to support the Agency’s continuing outreach efforts.