CORTLAND, NY [07/22/2021] -- Access To Independence (ATI) and NY StateWide Senior Action Council (StateWide) have teamed up to offer free, confidential internet access at ATI’s main office at 26 N Main Street for telehealth appointments and other virtual needs. This collaboration between ATI and StateWide is a part of StateWide’s larger Community Telehealth Access Project (CTAP). CTAP was launched in response to the lack of equitable internet infrastructure across Central New York, which has left rural residents out of the telehealth boom, despite needing it the most due to transportation barriers and fewer local healthcare specialists in their communities. 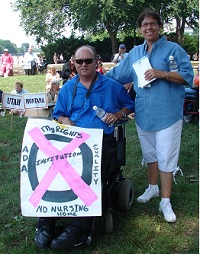 The Disability Integration Act (DIA) is civil rights legislation, introduced by Senator Schumer to address the fundamental issue that people who need Long Term Services and Supports (LTSS) are forced into institutions and losing their basic civil rights. The legislation (S.2427) builds on the 25 years of work that ADAPT has done to end the institutional bias and provide seniors and people with disabilities home and community-based services (HCBS) as an alternative to institutionalization. It is the next step in our national advocacy after securing the Community First Choice (CFC) option. 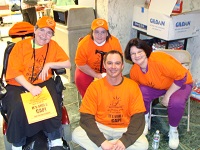 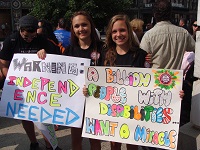